According to Wikipedia, A genetically modified organism GMO is an organism whose genetic material has been altered using genetic engineering techniques.

This article was created from a health perspective to bring about awareness on this issue for you. I am sure you would rather not consume pesticides everyday, and I will share some different choices you can make.

According to the Non GMO Project as much as 80% of conventional processed foods are GMO. 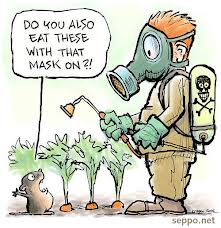 Check this out: according to Rima Laibow, MD, Medical Director of the Natural Solutions Foundation, "95% of all genetic modifications are done in order to allow the plants to survive more chemicals being sprayed on them (resulting in super weeds and super bugs), and to allow the animals to survive more drugs being put into them. Of course what happens is when the plant's and meat's genes change, our genes change by consuming them.

Also according to Rima, numerous studies claim genetically modified plants with pesticides can cause allergies and cancers.

What can you do to start making some better choices?

Here are a few tips to guide you through what can be very confusing when it comes to making informed decisions.

As mentioned on the website helpguide.org, "According to the Environmental Working Group, a nonprofit organization that analyzes the results of government pesticide testing in the U.S., the following 12 fruits and vegetables have the highest pesticide levels on average. Because of their high pesticide levels when conventionally grown, it is best to buy these organic:

These conventionally grown fruits and vegetables listed below were found to have the lowest levels of pesticides. Most of these have thicker skin or peel, which naturally protects them better from pests, and which also means their production does not require the use of as many pesticides.

Distinctions on Organic vs. Conventional Meat and Dairy

Organic meat and dairy:
No antibiotics, hormones, or pesticides are given to animals

In  regards to the good side of GMO, according a blog by John K.,
"Genentech, in 1978, created a bacteria that could produce human insulin.  Before that time, people with insulin-dependant diabetes mellitus (a.k.a. Diabetes) had to use insulin from the pancreas of animals.  Herbert Boyer took the genes from a human that produced human insulin, and he was able to insert them into a bacteria, E. coli. The bacteria produced mass quantities of human insulin that was easy to refine.  Currently, almost all insulin used for diabetes is produced from GMO E. coli.  To me, this is one example of the good that genetic engineering can do for humanity.  While nothing is truly "safe", this is about as safe an application as you can get, and the benefits, in my opinion, do outweigh the risks."

This has been a look at the big picture on GMO and what you can do to start making some healthier choices. If you want to learn more, here is an entertaining movie resource about GMO from Gary Null PhD, Consumer Health Advocate, Film maker, Author, Radio Host, called Seeds of Death: Unveiling The Lies of GMO's - Full Movie.

Have you received my complimentary fitness formula yet? Please take advantage below. My goal here is to give you a quick start on how to get on a path for health and fitness.

LOSING WEIGHT AND GETTING FIT IN A SIMPLE AND EASY TO UNDERSTAND WAY.* 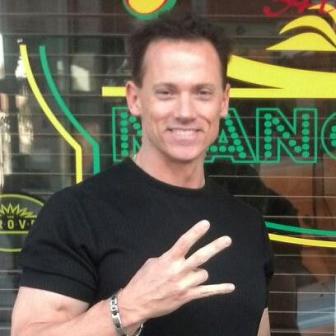 Want To Receive Free Short Motivational Text Messages to you phone? Click this link to enter your phone number.